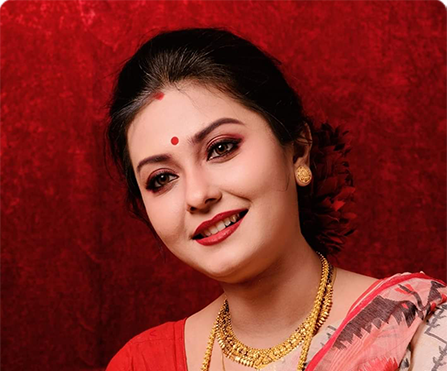 Talent runs in the family. Trained by her father, renowned singer, Acharya Jayanta Bose. She is actively into film-making and apart from multiple short films and documentaries, has released her first debut directorial movie in 2018. A gold medalist in the Calcutta University, she is also a lecturer in the Department of Applied Psychology, University of Calcutta (Rajabazar Science College) and in National Institute of Locomotor Disabilities (NILD).

She has been balancing her career with the three professions of Music, Film Making and Academia for the past couple of years and has been able to accumulate national and international recognitions in all the three areas.

Just keyaaaa Baaatt he..... Great justice to each and every song. Wonderful presentation.🙏🙏

You r so talented, so spontaneous...loved your performance n presentation too. God bless you...❤