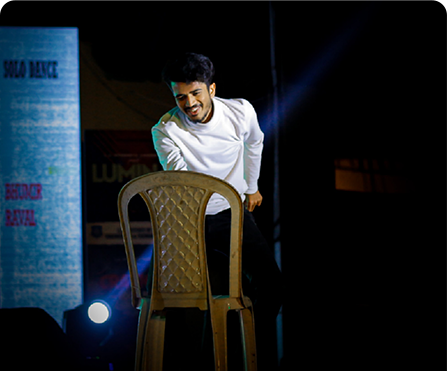 He is currently pursuing Electronics and Communication Engineering from Indus University (Ahmedabad). He started his dance career in 2008 and has been dancing since then. He developed his own style of dancing in 2017. He named it Lyrical-ur-ban style. He has worked with Mr. Dharmesh Yelande and considers him as his Role Model and his inspiration behind Dancing. He has participated in numerous dance shows like DANCE PLUS SEASON [3,4(TOP 20)] and events from Major leagues to minor also represented India at HHI2019. He wishes to make India proud one day by representing this dance form.