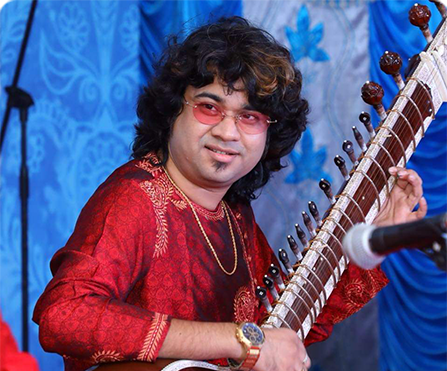 One of the most outstanding sitarist of this generation and the recipient of the ‘Presidents Award’. He started his journey with music at a very tender age and under the tutelage of some of the biggest names like Pandit Shyamal Chattopadhyay and legendary maestro Pandit Ravi Shankar he blossomed into one of the greatest sitar players. He has received several prestigious awards and has been critically acclaimed widely and has been touring worldwide spreading his magic with music.

My legacy is safe in your tuneful hands ❤️